Like any other disease, Multiple Sclerosis has a number of stages which help the doctors in making the diagnosis of each person suffering from MS. Usually, this disease is unpredictable in taking its course, especially if it has been newly diagnosed in a person.

Generally, doctors can differentiate between the stages of the disease. For instance, some people are only mildly 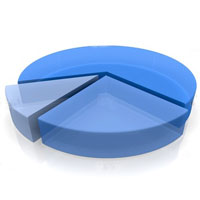 Many MS patients may fit into two different stages of MS but doctors like to group stages of MS into the following:

In this stage, the person suffers from one or two attacks of MS which most often leads to the diagnosis of the disease itself. However, the person is expected to recover completely after the attack and sometimes, the disease is diagnosed years after the first onset as the mild disability starts to appear again.

In such cases, it is possible that the disease reappears later on after the first attack and the person can experience occasional relapses with the passage of time before recovering completely. Even though benign MS is associated with less severe symptoms, the disease can worsen over the years for some people.

In this stage of MS, people suffer from attacks and relapses which are unpredictable. Majority of the people diagnosed with MS are diagnosed with this particular form of MS in which newer symptoms about the disease may appear or old ones may appear with greater severity. The attack, which can last from a few days to several months, is of varying severity from mild to extreme.

In this form of MS, the person may recover partially or completely which is usually referred to as remissions. During these remissions or periods of recovery, the symptoms of the disease may die down but will usually be apparent because of the damage done to the nerves.

People who were initially diagnosed with relapsing-remitting MS may have their MS condition worsen over time, leading to the next stage of MS progressivity called secondary progressive MS. In this stage, the disease keeps on worsening for the patient including shorter periods of remission and more frequent attacks. As this form steadily progresses and worsens, periods of remission may completely die out. According to recent studies, before the medication for this disease was made available, more than 50% of the people with relapsing-remitting MS progressed to this form of the disease.

Only about 5-10% of people progress to this severe form of MS called progressive-relapsing MS. These people almost never have a period of remission after the first symptoms of MS appear. This form of the disease is characterized with steadily worsening attacks right from the beginning as the neurological function begins to deteriorate.

This is the least common type of Multiple Sclerosis disease in which, apart from having a steadily declining neurological function, the person also suffers from superimposed attacks.