Unfortunately, there are not many certified theories of the causes of MS existing today but researchers all over the world are working hard to pinpoint the exact elements that cause MS. 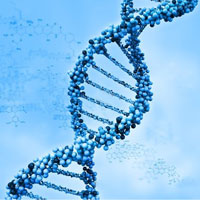 The fact that in MS, the immune system of the body that is supposed to protect the body turns against its own self has caused doctors to term MS as an ‘auto-immune’ disease. Although, researchers are not sure of what triggers the immune system to attack the myelin sheath which protects the message carrying axons, there are different possible theories that may offer some explanation.

Genetic Factors
Researchers claim that MS is not a hereditary disease but they do believe that a number of genetic factors can increase the risk of some people contracting the disease.

The MS disease is known to have a higher probability, approximately 20% of occurrence in the relatives and siblings of people who have the disease. Also, the occurrence of MS is thought to be higher in certain ethnic groups as compared to others.

Infections
One of the theories explaining the causes of MS, other than genes, revolves around the existence of certain microbes that trigger the immune system to attack the neurological functions of the body.

The other, less popular theory is known as the prevalence hypothesis and believes that MS is caused by a particular pathogen that is more commonly found in geographical regions with high prevalence of MS.

Another theory is related to a virus that is usually lying dormant in the body which can trigger the auto-immune system. Some research studies also point out that a common virus such as the measles or herpes may trigger the disease. This virus causes the white blood cells to enter the brain by breaking the cellular partition between the brain and the blood stream and then triggering the elements of the immune system to attack the myelin sheath.

Environmental Factors
Multiple Sclerosis is thought to be more common among people who live farther away from the equator as compared to people living near the equator. People who are exposed to the sun less are also more vulnerable to getting this disease because sun exposure is one of the main sources of vitamin D that helps in the biological mechanisms of the body.

Other environmental factors that have possible connection with the MS disease include stress levels, smoking, exposure to toxins etc.