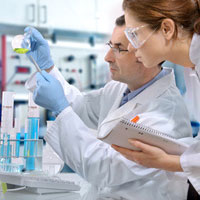 Although there is no specific cure of MS, there are various types of medications and procedures that can help to treat the symptoms to a certain extent and prevent permanent damage from being done to the central nervous system.

The following medication and methods of treatment are among the most commonly recognized and used by doctors:

Multiple Sclerosis Attacks
Plasma exchange is used to separate blood cells from blood fluid or plasma. The blood cells are then mixed with albumin which is a replacement solution and then returned to the body.

Corticosteroids are used by doctors in order to prevent MS attacks as well to reduce the inflammation in the nerve cells. However, doctors advise against long term use which may lead to side effects including osteoporosis and high blood pressure.

Evidence suggests that half of the people who don’t benefit from high dosage of corticosteroids and have severe attacks of MS can benefit from plasma exchange instead. But even so, there are no proven benefits of plasma exchange after the initial three months of symptoms.

A number of doctors also suggest that people who have early stages of MS with infrequent and mild attacks should use careful monitoring as well as counseling for themselves.

Medication for MS
Beta Interferon – These cannot prevent permanent disability and are only prescribed for people who have relapsing forms of MS in order to reduce the severity and frequency of attacks. Doctors mostly recommend this medicine for people with severe form of the disease that is, people who have more than one MS attacks per year or those who are not able to recover well.

Copaxone – An alternative to beta-interferons, Copaxone is meant for those who have relapsing-remitting MS. Also known as Glatiramer, this medicine is taken as an injection and prevents the immune system from attacking the myelin sheath.

Tysabri – This medicine has to be taken monthly and acts by reducing the movement of the blood cells to the brain thereby, preventing the attack by the immune system.

Novantrone – Also known as Mitoxantrone, this medicine is normally meant for those patients who have severe relapsing-remitting MS or secondary progressive MS.

Medication for Symptoms of MS
There are also available a number of medication to reduce the triggers of MS attacks such as fatigue, stiffness and spasticity. These include Lyrica, Zanaflex, Lioresal, Symmetrel and Provigil among others.

Counseling
Therapy including individual and group helps people suffering from MS as well as their families to learn and understand the disease in order to be able to deal with it better.